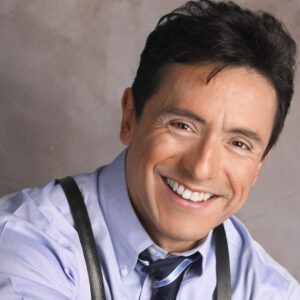 Originally from California, Enrique fell in love with the theater at the age of sixteen. Since then he’s had the honor of sharing the stage with a variety of artists such as Elton John, Liza Minnelli, Anthony Newley, Jerry Lewis, Sammy Davis Jr. and Michael Jackson. A proud former member of The Young Americans and The Bilingual Foundation of the Arts (Los Angeles) Enrique has toured the entire country (plus Europe) as well as doing regional productions of A CHORUS LINE, WEST SIDE STORY and GYPSY. Most notable have been touring productions of  CATS (Andrew Loyd Weber, Gillian Lynn), BEAUTY AND THE BEAST(Rob Roth, Matt West) and JOSEPH AND THE AMAZING TECHNICOLOR DREAMCOAT(Anthony Van Laast). You can currently see Enrique as the laughable hyena “Ed” on Broadway in Disney’s THE LION KING.