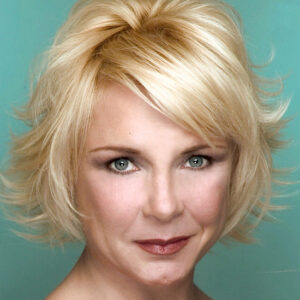 Deanna holds the distinction of being the youngest person ever hired at the age 16 for David Merrick’s Song and Dance Extravaganza “42nd STREET”. Since then she has performed on Broadway in Saturday Night Fever (Rosalie), CRAZY FOR YOU (Vera), CANDIDE (Dance Captain), MEET ME IN ST. LOUIS, LEGS DIAMOND (Cigarette Girl), LOVEMUSIK (Associate Choreographer), and as appeared as Dolly Tate opposite Reba McEntire in ANNIE GET YOUR GUN. National Tours and Regional Theatre credits include: Nickie Pignatelli in SWEET CHARITY starring Donna McKechnie, CHICAGO (Liz-POP!) Starring Deborah Gibson, CRAZY FOR YOU (Tess/Patsy/Dance Captain,Swing), MY ONE AND ONLY, (Edythe Herbert), and 42ND STREET (Anytime Annie). TV and Film credits include THE FIRST WIVES CLUB, THE STEPFORD WIVES, LITTLE CHILDREN, AS THE WORLD TURNS, GUIDING LIGHT, LAW AND ORDER, ED, and BOARDWALK EMPIRE.

Commercials: Publix Grocery Stores (Dir./Chor.), “Dancin’ in the Sand” (Dir./Chor. award winning tourism video for the St. Petersburg-Clearwater Film Commission), Rooms To Go, and Sox in the City (Regional Emmy/Telly awards) Deanna has had the great pleasure of being a guest teacher in theatre dance at the University of California-Irvine and has taught at numerous theatrical conservatories and dance studios across the country. Students of hers have gone on to appear on Broadway, at Radio City Music Hall, and on So You Think You Can Dance. www.deannadys.com