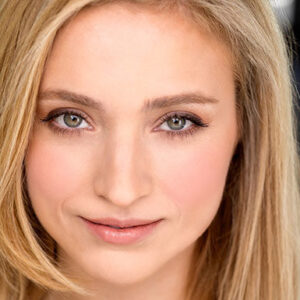 Christy Altomare recently completed a critically acclaimed run as ‘Anya’ in ANASTASIA on Broadway.  She graduated from the University of Cincinnati’s Conservatory of Music in 2008 and soon after was cast as Wendla in the National Tour of SPRING AWAKENING. Altomare made her off-Broadway debut in MCC Theater’s 2012 revival of CARRIE, portraying ‘Sue Snell’ in the cult Stephen King thriller. A Broadway debut quickly followed as she joined the cast of the long-running hit musical MAMMA MIA, assuming the role of Sophie Sheridan in June 2012. Her big breakthrough came as she was cast to play the title role in the new stage adaptation of ANASTASIA, based on the much-loved 1997 animated film by Twentieth Century Fox. She received her first Drama Desk Award nomination and won a Theatre World Award for her portrayal of the legendary ‘Grand Duchess’ of Russia.