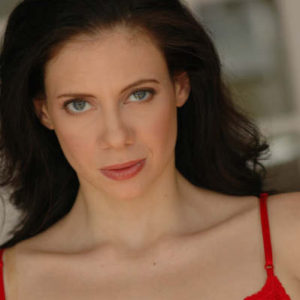 Ashley Bachner‘s professional career has spanned over 20 years during which time she has appeared on Broadway as a featured performer in FOSSE, working with such luminaries as Gwen Verdon, Anne Reinking, Ben Vereen, Chet Walker and Bebe Neuwirth. She can be seen in the PBS DVD of FOSSE where she is featured in “Take Off With Us”. She was also a swing in the National Tour of FOSSE. Ashley has also performed at Radio City Music Hall and at the Flamingo Hilton in Las Vegas as a Rockette. She was a featured dancer for LYRICS AND LYRACISITS and SONGS OF JEROME KERN at the Tish Center, and CELEBRATIONS OF TAP where she worked side by side with Tarik Winston. Regional credits include: TOMMY (directed by Marcia Milgrim Dodge for the Bay Street Theatre, Sag Harbor, NY), SEVEN BRIDES FOR SEVEN BROTHERS (assistant dance captain and Ruth), JAZZ ON JAZZ at Jacob’s Pillow (Matt Maddox and Chet Walker) and SINGING IN THE RAIN. Television credits are highlighted by THE CHAPPELL SHOW, LAW AND ORDER, THE TONIGHT SHOW and GOOD DAY LA. She also can be seen in the films Across the Universe directed by Julie Taymor and Mars Attacks. She was chosen by Ann Reinking to participate in the workshop conducted for BYE BYE BIRDIE. Recently, she choreographed tap sections for TIME STEP at the Stage Door Theatre in Florida.

Ashley is also a Pilates teacher and health coach. She is the founder of Life  Through Rhythm, helping young professionals create a healthy and balanced life style. Ashley is dedicated to fostering the individual gifts of each student and sharing her knowledge and experiences.